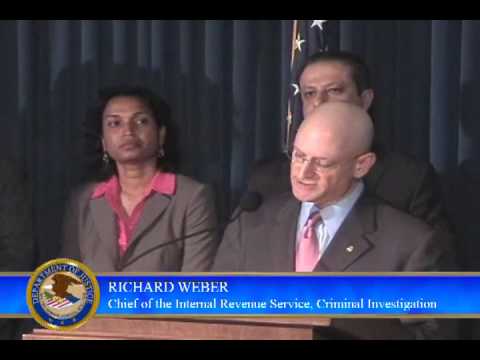 What Is a Cryptocurrency Exchange?

Binance Cuts Ties With Its US Customers, Does CZ Fear Being Arrested?

Towards the end of last week, Binance, a leading cryptocurrency exchange in the world, announced that it would be blocking its US users. The move was manifested by a change in the exchange’s terms of service.
​
The change picked 28 other countries that its users will not be able to access Binance.com. Among countries restricted from using Binance.com include those that have economic sanctions.
​
Prohibition of Use Clause
​
As per the ‘Prohibition of use’ clause on the updated terms of service, Binance notes:
​
“By accessing and using the Services, you represent and warrant that you are not on any trade or economic lists such as the UN Security Council Sanctions list, … or placed on the US Commerce Department’s ‘Denied Persons List.’ Binance is unable to provide services to any US persons. Binance maintains to select its markets and jurisdictions to operate and may restrict or deny the Services in certain countries at its discretion.”
​
It’s a shock that the exchange is closing its doors for users in the United States, considering that approximately 20 percent of its users originate from the US. For example, in the past six months, more than 40 million users from the United States visited Binance.com. The US was followed by India, Japan, Germany, and Turkey.
​
There’s a Way Around the Restriction, But not for Everyone
​
While the news are likely to dampen the crypto mood in the US market, US residents may still have a way to bypass the blockage; by using a virtual private network (VPN). Unfortunately, only those that are not verified can successfully use a VPN. However, Binance users who are not verified can only withdraw a maximum of 2 Bitcoins.
​
Changpeng Zhao (CZ), Binance’s CEO, had earlier anticipated the restrictions. But, the CEO expressed optimism saying that “some short terms pains may be necessary for long term goals.”
​
From Centralized to Decentralized, the SEC Gets Involved
​
With the exchange shifting from being centralized to decentralized, the United States Securities and Exchange Commission (SEC) must be involved. To prevent being caught in a regulatory standoff with the SEC, Binance announced that they would geo-fence their decentralized exchange to wade off users from the US among other countries such as Central Africa Republic, Cuba, Ukraine, Libya, Liberia, Venezuela, Zimbabwe, Iraq, Iran, Lebanon, among others.
​
After Coburn, CZ May Be Next
​
CZ possibly fears being arrested following what happened to Zachary Coburn. Coburn, the CEO of EtherDelta, a decentralized crypto platform, was charged by the US Securities and Exchange Commission for running an unregistered crypto platform. As per the SEC, EtherDelta has handled over 3.6 million orders which included tokens that the SEC classifies as securities.
​
A Twitter user, veltre_nick, while contributing to the news regarding Coburn’s predicaments, noted:
​
“These are just the SEC charges. The money laundering charges for being an unlicensed money transmitter come next. Then there will be more. And every DEX. DEX’s are money laundering machines.”
​
If the SEC holds the same views as veltre_nick, then CZ may have just avoided being charged or even an arrest. Luckily, another Twitter user has a solution, “DEX makers tip: don’t start in the USA.”

STORY OF THE WEEK

•CEO of Square Jack Dorsey announces its intention to hire 3-4 engineers and 1 designer to work on open source contributions to the Bitcoin/cryptocurrency ecosystem. New hires will not be focused on Square’s commercial interests, but rather what’s best for the crypto community.

•Western Union partners with Stellar based start-up Thunes to enable clients to transfer funds directly to any mobile wallet globally.

•Coinbase Pro removes support for stop orders and adjusts its trading fees schedule. Those who trade under $100,000 will see a fee increase of 33%. Other transactional thresholds will see no changes or otherwise a reduction of 13-50%.
•Coinbase lists Stellar Lumens (XLM) on its web and native mobile applications (iOS, Android) on March 18th, 2019.
•Binance launches a new fiat-to-crypto gateway in Australia, dubbed “Binance Lite”. The new platform allows for Bitcoin purchase in any of the 1300 newsagent stores for a 5% fee.
•Huobi announces Huobi Prime, a platform allowing traders to speculate on tokens before they list on exchanges in what’s called an IEO (Initial Exchange Offering).
•Cryptopia resumes trading with 40 pairs as of March 18th, 2019. Those who have lost funds as a result of the hack in January will be deposited a Cryptopia Loss Marker (CLM) to keep track of lost coins in New Zealand Dollars.
•Huobi Global and OkEx announce support for upcoming Tron-based Tether (USDT).
• A report from trading analytics firm The Tie suggests an estimated 87% of cryptocurrency trading volume may be artificially manufactured. This was determined by cross-referencing platform visitor analytics and reported volume by the exchanges.

•Senior advisor at the U.S Securities and Exchange Commission (SEC) Valerie Szczepanik stated that algorithmic stablecoins – tokens that maintain its stability through financial mechanisms may be “getting into the land of securities”.
•The Japanese Cabinet, an executive agency of the Japanese government approves a law that bans margin trading that exceeds 4x from the initial position. Margin-enabled exchanges must now also register no later then 18 months from the effective date the law goes into effect.

•Major mining hardware manufacture Bitmain releases Antminer Z11 on March 19th, 2019. The new miner will be 60% more efficient on electricity and tout a 3x increase in hashing power to mine cryptocurrencies that is based on the Equihash algorithm (ZCash).

•Major South Korean cryptocurrency exchange Bithumb to reduce staffing by 50%. This will effectively reduce the head count of the team from 310 to 150.
•Jared Rice Sr, founder of $4.2 million USD crypto bank scam AriseBank pleads guilty to 1 of 3 outstanding charges. Plea will sentence Jared to 60 months in prison with a maximum sentence of 20 years and $5 million USD fine.
•Former BTC-e operator Alexander Vinnik currently accused for money laundering to the tune of $4 billion USD appeals for extradition to Russia for humanitarian reasons.

•@jack – #BitcoinTwitter and #CryptoTwitter! Square is hiring 3-4 crypto engineers and 1 designer to work full-time on open source contributions to the bitcoin/crypto ecosystem. Work from anywhere, report directly to me, and we can even pay you in bitcoin! Introducing @sqcrypto.
•@iamdevloper – If anyone wants a better understanding of Blockchain, I can thoroughly recommend the Fyre Festival documentary on Netflix.
•@danheld – Dollar: In God we trust. Bitcoin: In math we trust.

Where is better to do crypto trading?

Best Exchange Binance Referral Link: https://www.binance.com/?ref=10085889 Binance Crypto Exchange has come up with a referral program in which they are prov... Britain's youngest billionaire and Bitcoin exchange co-founder charged over money laundering in US The charges are the latest in a years-long effort by the U... Bitcoin Exchange CEO Arrested For Money Laundering The founder of a prominent Bitcoin exchange company has been arrested and charged with running an illegal scheme to sell the digital currency to ... Are Chinese crypto exchanges like Binance helping criminal organization launder money through Bitcoin & cryptocurrency? Chainalysis, put out a report that sh... Bill Black: Operation involving drug money carried on for almost a decade before being charged; much bigger crimes on Wall St. go unpunished. (Boston Globe) In today's Big Story, Mike Bello tells us that prominent Boston attorney Robert George was indicted for allegedly laundering drug money. (By Alan Miller, Globe Staff) Money Laundering 101 💰 How Criminals Use Bitcoin To Hide Illegal Money ... Lawrence Ray Charged With Multiple Offenses , Including Extortion, Sex Trafficking, And Forced Labor - Duration: 13:28 ... Bitcoin is the cryptocurrency that has been the darling of the online payment world since its development in 2009. But now federal prosecutors have charged two Bitcoin entrepreneurs with money ... Today, we dive into, Bitcoin & Tether’s biggest use case. Laundering money for the Mexican drug cartels, through Chinese underground banking systems! Chainalysis exposed how Huobi & Binance are ...